Technology has advanced and animation took on a whole new meaning. Today, many feature films had animation incorporated into them to bring special effects. Toy story which was produced by Walt Disney Productions and Pixar Animation studios became the first full-length feature film and it was released in the year 1995. Animation started appearing before 1910 and it just consisted of simple drawings which were photographed one at a time. It was quite tedious work as there were hundreds of drawings to make for a minute of a film. Now, the best animation production companies are producing commercial ads, movies, e-learning classes, and so on with the help of animation.

How Has Animation Evolved Over The Years?

Technological advancements have made animations in movies and video games quite realistic and unlike in previous years. Today the drawing is done using computer software and these movies are not just made for children but also their adult counterparts. Compared to 2D animation, 3D animation scenes have proved to be of greater value. From heroes and creatures to vehicles and the environment, visual effects have helped the artist deliver blockbuster effects over many movies. It has helped usher in a new era of photorealism in visual effects.

The Era of 3D Animation

3D animation brought a revolution in the animation industry. Ed Catmull introduced 3D animation in the year 1972. 3D animation technology has a huge impact on the entertainment, business as well as education sector as it attracts people more than a normal movie can do. On one hand, it was unique in its implementation and technique, and on the other hand, it can bring ideas or imagery characters to life which were not attainable using cinematography.

It was the first type of 3D animation. In this process, the animator poses an object and captures pictures, changes the pose, and then captures the picture again. Afterwards, all the pictures were stringed together to make a 3D animation.

As time passed, new realms of knowledge and computer-generated imagery were adopted in 3D animation production. Computers played a major role in such type of production. Today, a 3D animation agency uses a wide range of tools and software to create 3D animated content.

The Rise of The 3D Animation Industry

With the advancement of technology, the creativity levels possessed by modern-day artists need more tools and software to come up with great animated content to mesmerize the viewers. Animation studios are bringing virtual reality to 3D animation. It has moved 3D animation to the next level. Now you can play 3D games in the virtual environment.

3D animation has evolved over the years. new techniques are coming up and making the videos more attractive and unique. We can find ourselves playing unique games with beautiful effects, all thanks to innovations made in the field of animation. If you want to take advantage of 3D animation, then visit the website of the best companies and find the best deal. You can come across quite a good company that provides quality services to integrate beautiful effects into the movies and make them realistic. 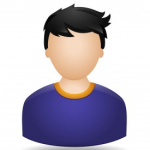 I am Nalini Ranjan Panday, an engineering graduate who turned into a blogger and web developer a couple of years ago. I have a keen interest in browsing the internet and writing articles. I am a Digital Marketer too and working at a firm in Delhi.

How To Make Your Own Whiteboard Animation using Free Software

How Animation For e-Learning Benefits The Learners? Details Inside

Top 5 Business Schools in Mumbai Based on Professional Courses

Things To Consider Before Applying For PTE Exam

Top 5 Business Schools in Mumbai Based on Professional Courses

Things To Consider Before Applying For PTE Exam